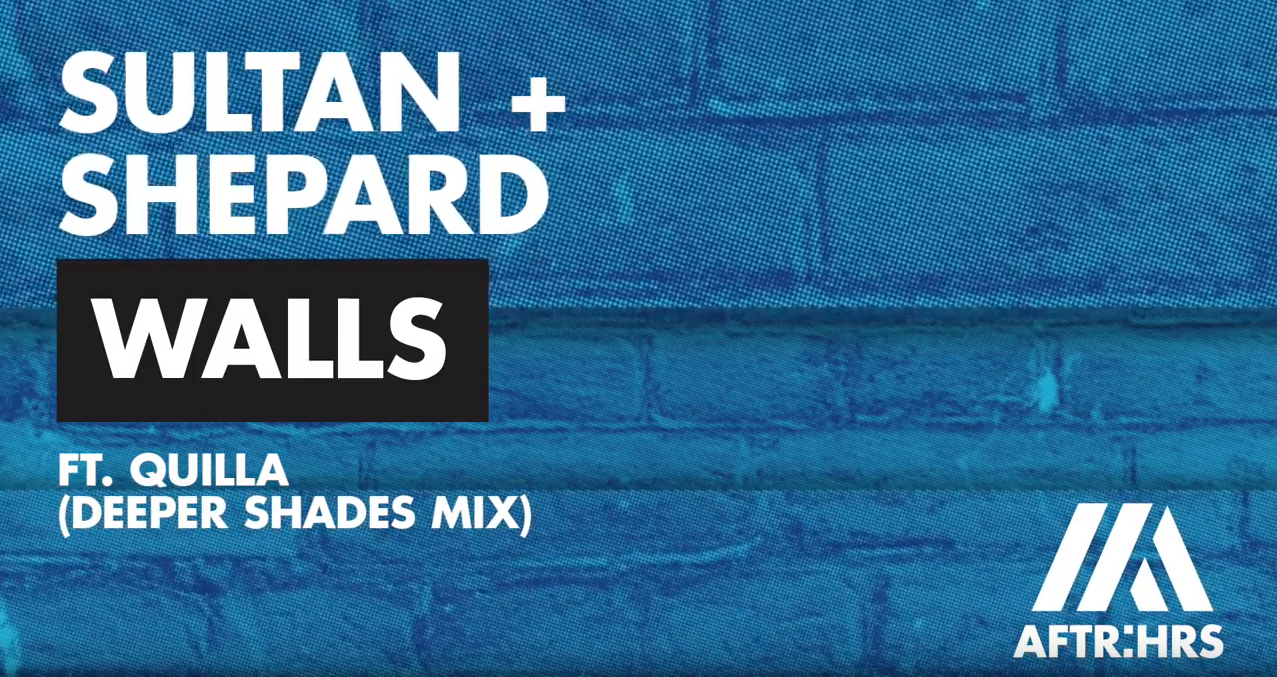 The story behind this song goes back a long way. Sultan + Shepard and Quilla worked together in 2009 in Montreal to write the original version of Walls.

Back in those days, Quilla was a keyboardist and vocalist in an experimental pop band called Pamplemousse Explosion, and Sultan + Shepard were known as a collaboration between Sultan and Ned Shepard. They were busy playing in Montreal nightclubs, and had not risen to world-wide DJ stardom yet.

Ned Shepard had seen Quilla perform with her band in local venue La Quaie des Brumes. They also worked together at the same fundraising company in Montreal, raising funds for humanitarian aid organizations Doctors Without Borders, Unicef and Oxfam. Ned had asked her to come jam the studio and work on some track ideas.  They had some delightful jam sessions with Sultan and Walls was born, but it stayed on the digital shelf for several years.

Sultan + Shepard reworked the track into an EDM banger which they later showed to Tiësto, who loved the track. He released it in 2012 on his progressive house label Musical Freedom as part of his compilation, Club Life Volume 2: Miami. The rest is history. Here is the original 2012 version:

The track became a staple in Tiësto’s festival sets from 2012 to 2016, and the song played on dance music radio shows around the world. Quilla performed the song live with Tiësto at his album launch in NYC in 2014.

Quilla also created an acoustic version of the track, in case you want to listen to a more contemplative version of it.