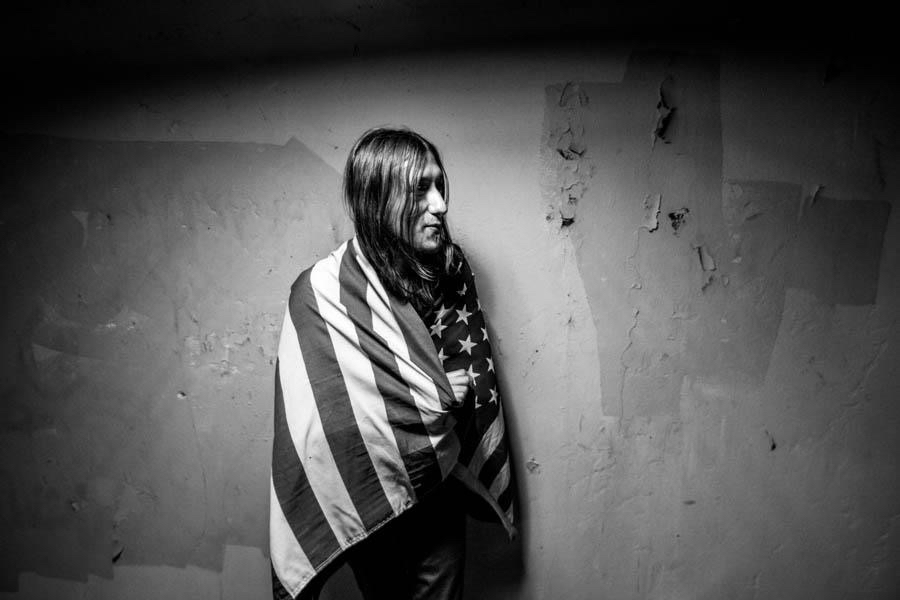 I knew Taylor Bays because of his fierce presence in the Greensboro music community. We shared the bill at local venues and parties many times, and we knew the same folks. He gave the best hugs and really cared about his friends and fellow artists. He sang in a way that was raw, electrifying and f*cked up.

Taylor was a complicated being. At times otherworldly, at times wound up and gritty with the world’s pain, he was silly, profound, self-deprecating and uplifting all at once. He caught people off-guard and did unexpected things, which led people to find him weird and eccentric. His charisma usually won people over. Difficult and outspoken, he did have a dark quality to him, and some people remember that side of him too.

I never found him that strange; I thought he was really unique and not afraid to be himself, and I admired his tenacity. He was one of the few people who truly did not give a sh*t what people thought of him. I sometimes wondered how he ended up on Earth. He was different and highly perceptive, behaving as if he came from another place.

He formed close connections with those struggling to make to their art. Since his passing, the musicians I have spoken with about him all say the same thing: Taylor was unconditionally supportive of their music. He would regularly reach out to see how they were doing and was ready to give them constructive, meaningful feedback about their songs. The world needs more people like that.

Taylor was a true friend for many people, and an enemy to some. He listened to people with an open mind and appreciated what he heard. He resonated with people’s pain and felt everything on a deep level. He spoke up when he felt something was problematic or unfair, and towards the end of his life he caused rifts. He left a controversial legacy behind.

He struggled on a daily basis (physically, spiritually and financially) and channeled it all through his music. One of my favorite songs of his is entitled “Pencil Song” (on his album Whatever Dude, recorded in Greensboro at On Pop of the World Studio). I remember seeing him and his band The Laser Rays perform it at The Blind Tiger a few years back. I was so so enthused, so happy to hear someone playing something so unexpected and original that I cried and laughed at the same time.

The lyrics perfectly capture his joyful yet reckless spirit, punk ethos and his supreme closeness to his friends:

Taylor Bays, you will truly be missed. Your smile was contagious. Your lyrics were genius. I feel like your spirit and music will live on for years to come.

Photo of Taylor Bays draped in a flag by Carolyn de Berry.

Thank you Triad City Beat for the excellent in-depth article, and the wonderful photographs by Todd Turner, with clothing designed by my friend Ann Tilley. I am thrilled to have worked with such great local artists for this piece.

“She’s a bona fide Sagittarian: expressive and fun-loving, a knowledge-seeking wanderer of the earth and firmament alike.

Quilla, the performing name of Anna Luisa Daigneault, is a vocalist, songwriter, electronic music producer and performer living in Greensboro. She debuted her newest single “Boom Ba Da” on UNC-TV from the floor of Skateland’s rink on May 2, and on June 14 she will release “Sagittarius,” a new track celebrating the fiery sign she shares with so many women in her life, with an accompanying music video, in collaboration with UNCG Media Studies professors Jennida Chase and Hassan Pitts, and their third-year students.”

I had the pleasure of being on television for first time last week; it was very humbling and exciting! I was on UNC-TV / PBS (Public Media North Carolina) on May 2nd during “MUSE: The Arts Show” which will also included segments on A/V Geeks and Art-o-Mat.

I was featured in a super sweet 4-minute segment during which I played my new song “Boom Ba Da” (which will be out on Ritual Fire Records in July 2019). The track weaves a fun tapestry vocal loops + Latin rhythms + live piano. I was accompanied by three amazing roller skaters: Brandon Powell, Marquis O’Brian and Chase Clark. Directed by Morgan Potts, the segment was filmed at Skateland USA North in Greensboro NC. It was a glorious experience to work with such talented folks. I will never forget how much fun this production was.

Thanks to everyone who wrote to me with kind messages about seeing the segment on TV! I am super thrilled.