Johanna Breed‘s solo debut EP Is It Too Late? (Ritual Fire Records) was released worldwide on November 9th, 2018. It was written and performed by Johanna Breed and produced by Quilla, whose background in vocal production helped put Breed’s vocal skills and unique lyrical style front-and-center.

Themes of confidence, joy, and control are expressed through Breed’s lyrics and the upbeat, danceable tracks are balanced by others that are more introspective. Breed delivers gems such as “Mister,” an anthem for warrior queens from the future, as well as the title track “Is It Too Late?” which explores anxiety in the age of accomplishment.

“The results are impressive. The title cut from her debut EP (…) is saturated with funk interrupted by intervals of churchy organ riffs. Breed channels ’70s-era sax soul…” – Go Triad 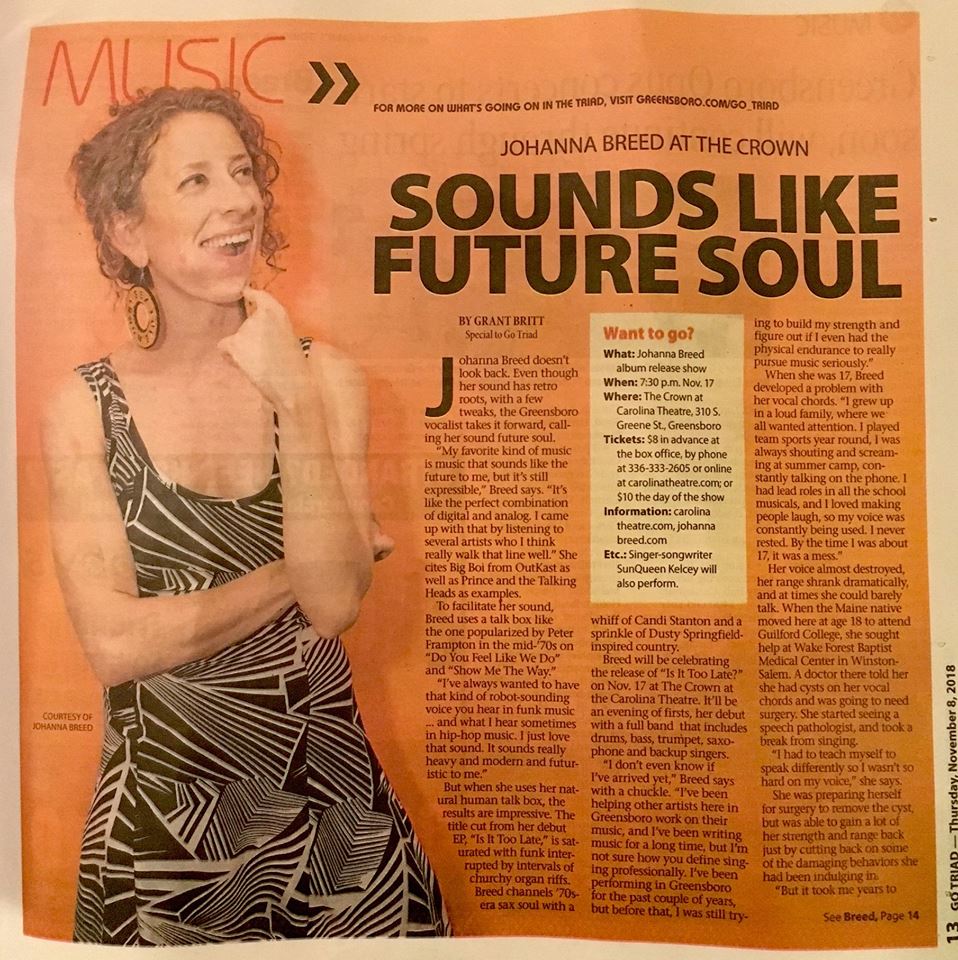 More On the Artist

Johanna Breed is a neo-soul pop artist from Greensboro, North Carolina. She blends analog and electronic elements to create a fresh sound that she calls “future soul.” As showcased on her debut EP “Is It Too Late?” (Ritual Fire Records, 2018), her songs include beats, horns, synths, and layered vocals textured with talkbox. A multi-faceted performer whose strength lies in her powerful, expressive voice, Breed strives to create a sonic world that is uplifting and unexpected with vocal stylings inspired by her love of Soul, R&B, and Hip-hop.

April Harris, founder of Gate City Live podcast, interviews Quilla and bassist Keith Miller on healing, spirituality through musical expression, and much more. A compelling listen that includes live performances by the artists. Quilla sings “Eye to Eye” from her latest album You Got It.  Keith Miller plays “Hope” from his 2012 instrumental album Live at Unity Chapel. 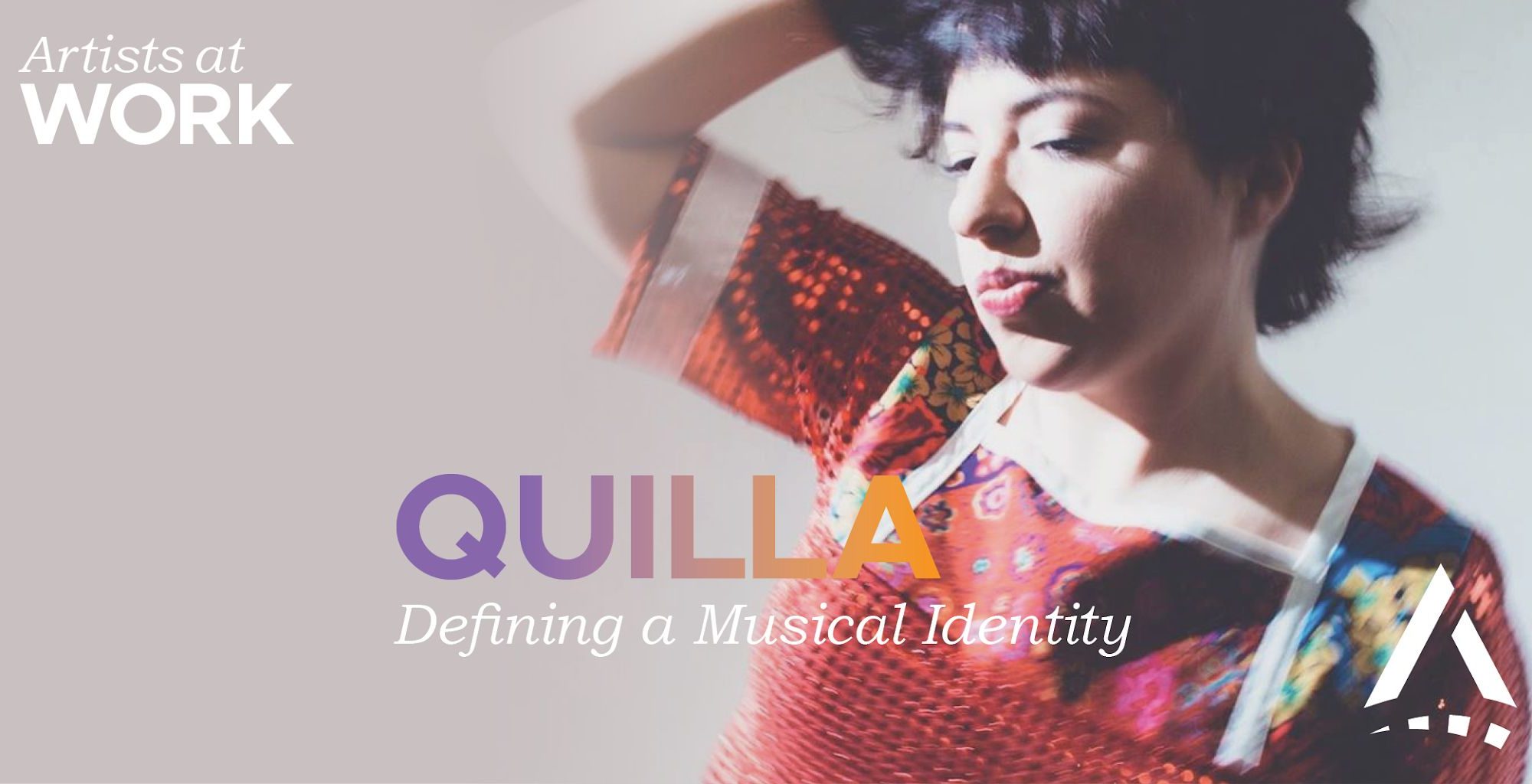 Artists at Work is a podcast from Artstitution, which is dedicated to building the arts through storytelling. Thomas Breeden interviewed Quilla for this series and notes, “she weaves her love of music, language, and visual aesthetics to define her musical identity”. They discuss creativity, time management, and not falling into self-indulgence.

Listen to the interview here.

The podcast can also be found on Apple iTunes Podcasts. 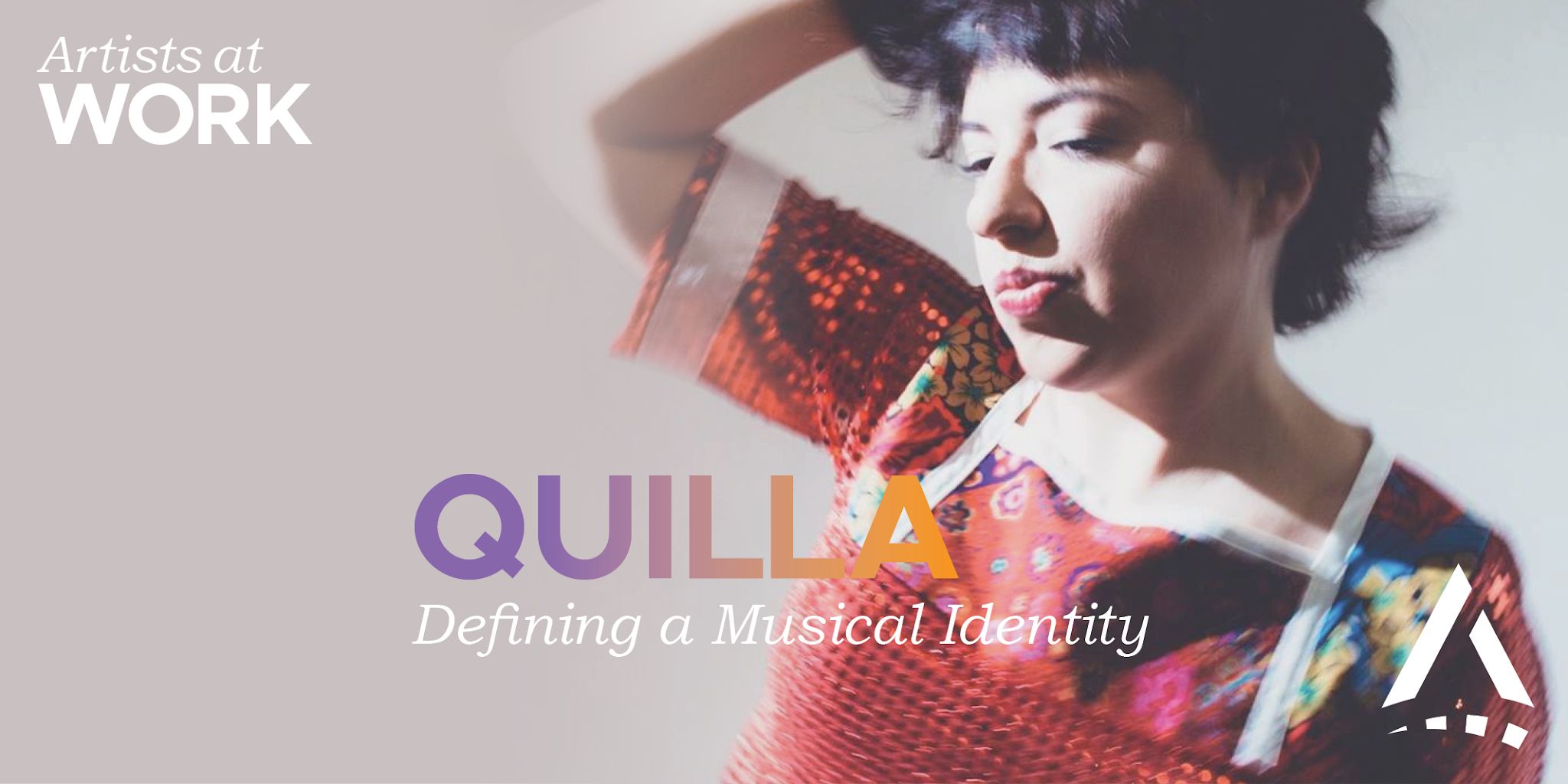