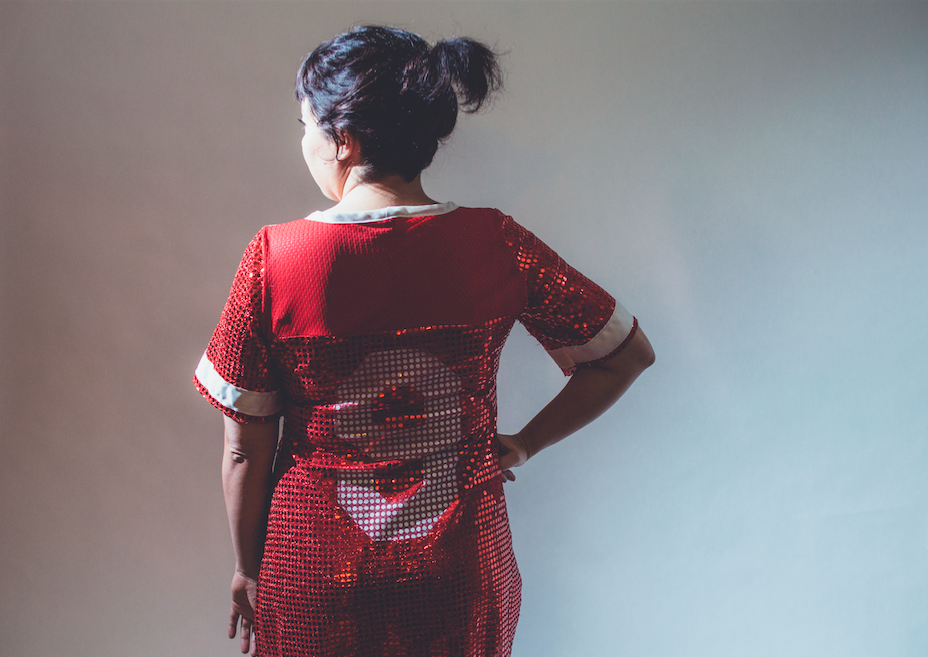 Thank you everyone for the recent love on my song “Beans Beans Beans.” Here is some insight into the background of the song.

I created this song as a one-word mantra elevating one of my favorite foods, the humble bean. Both a carb and protein, it has long been known that the bean is kind of magical, and can be used and consumed in so many different ways. With a colorful and diverse array of manifestations, the humble bean tastes good and has nourished billions of human beings for thousands of years. In truth, it has helped our species survive until today.

The idea for “Beans Beans Beans” first occurred to me when I was asked to provide a live soundtrack to an outdoor circus performance of “Jack and the Beanstalk” (Jacques et l’haricot magique) for Montreal Culture Day in September 2009.

I had been doing work-outs with the circus group for a while already (directed by my friend Diana Sutherland), but a knee injury from too much rhythmic gymnastics during my adolescence kept me side-lined from doing most of the physical circus feats in performances. So my role was in the “Jack and the Beanstalk” show was to dance as the character of “The Hen Who Lays Golden Eggs” as well as perform live music during the other acts (for which I created a ton of music that I barely remember, since much of it was improvised on the spot).

When the main character Jack sells his cow to an old man in exchange for a bag of magical beans, I would start singing and improvising on the word “beans” with my looping pedal onstage. Jack and the old man performed acrobatic feats and a hanging silk routine to the song. As the layers of “beans” grew more complex, Jack climbed the silks, which symbolized the beanstalk growing to the land of the giants. (Thanks to my father Denis for reminding me about that performance; I had nearly forgotten what an amazing time that was!)

My plan for bringing to life the magical beans scene was to make various stacks of vocal melodies and percussive elements that helped the listener picture one dancing bean (symbolized by the initial bass line “beans”), then two beans, then three, and soon a cascading waterfall of beans pouring down from the heavens and surrounding you with a multifaceted world of glorious beans.

I thought about the sensation of dipping your hand slowly into a huge container of dried kidney beans at a market, and how the texture of those beans feels soothing on the skin. I wanted the song to be soothing, hypnotic and silly but without being overly ridiculous. I suppose in the recording, it sounds like I planned this piece out a lot, but in reality it came out rather quickly in one of my loop practice sessions, and I stuck with it and developed it over time after the Jack and the Beanstalk show. Each time I performed it was a little bit different, and I ended up playing it for years.

I remember playing it in my Center Camp set at Burning Man in 2010 and hearing people shriek with sheer joy. After that, I just kept throwing it into my live sets to see how people would react. I loved seeing their expressions of hilarity or incredulity when they realized the entire loop song only had one word in the lyric: BEANS. Each time I played it, the piece took on a life of its own. I learned how to improvise in the moment and push myself just a little bit more.

Recording this song in the studio with my engineer Mike Garrigan was a fun and spontaneous process. We didn’t make the studio version until 2014, which was five years after I composed it. By that point, I had already test-driven “Beans Beans Beans” live on my vocal looper dozens of times in front of random audiences (some receptive to it, some definitely not!). In doing so, I had figured out the exact tempo that would work: too slow was a death sentence for the song, and too fast made the song totally freaky and inaccessible for people. I settled on 88 BPM, a slow groove that allows for a lot of space to play around. For the studio version, I had to decide what underlying layers would loop well. Once those were established, adding new layers and improvising new melodies and beatboxing on top was a pure delight.

Mike and I laughed a lot in the studio, and often referred to recording this song as one of the more carefree  production sessions over the years. We recorded it at the end of a long session doing a different song for my first album “Beautiful Hybrid.” Recording “Beans Beans Beans” was almost an afterthought on that day; I recall thinking, should I even include this song on the album? And in my gut, I heard a resounding YES! YOU MUST DO THIS SONG! So that was that. I trusted my instinct, and I am glad I did.

Side note: I had been writing and recording a lot of vocal tracks for EDM producers around the time (between 2012 and 2015). Even though my vocal lines in those songs may sound simple or obvious to the listener, those EDM projects were very actually very meticulous and hard to put together. The projects could be stressful when there were looming deadlines, fussy producers to deal with and various labels and stakeholders to please. “Beans Beans Beans” was the antidote to all that, and it represented the type of freedom I needed in that moment.

UPDATE IN 2021: Owing to this song’s fandom on Reddit and Tiktok, I am finally going to create an official music video for this song, which will premiere on Rootle later this year! Stay tuned.

Thanks for listening, and for reading my story.