The music video for Quilla’s song “Sagittarius” was directed and produced by s/n (Jennida Chase & Hassan Pitts), in conjunction with the Media Studies Department at the University of North Carolina Greensboro (see full list of credits below).

In 2019, Sagittarius was officially shown at the Indie Visions Film Festival in August, and the Västerås Filmfestival which took place in Sweden in October. Coming up in February 2020, this music video will be featured at the Hollywood Verge Film Awards.

Music Video Credits
Music and lyrics by Anna Luisa Daigneault. The video was created in a production course in the Media Studies program at University of North Carolina Greensboro. It was directed and produced by s/n (Jennida Chase & Hassan Pitts). It was edited by Jennida Chase and Jamira Adams. Choreography by Esha Hickson, dancers include Esha Hickson, Nayirah Harris, and Devin Simone. Wardrobe Design and Styling by Ann Tilley. Cinematography by Hassan Pitts, Steven Baggett, and Mitchell Townsend. Assistant Director Arielle Smallwood. Make-up by Melissa Grier. Production Assistant Zariyah Tate. The project was funded in part by the Office of Undergraduate Research at UNCG. 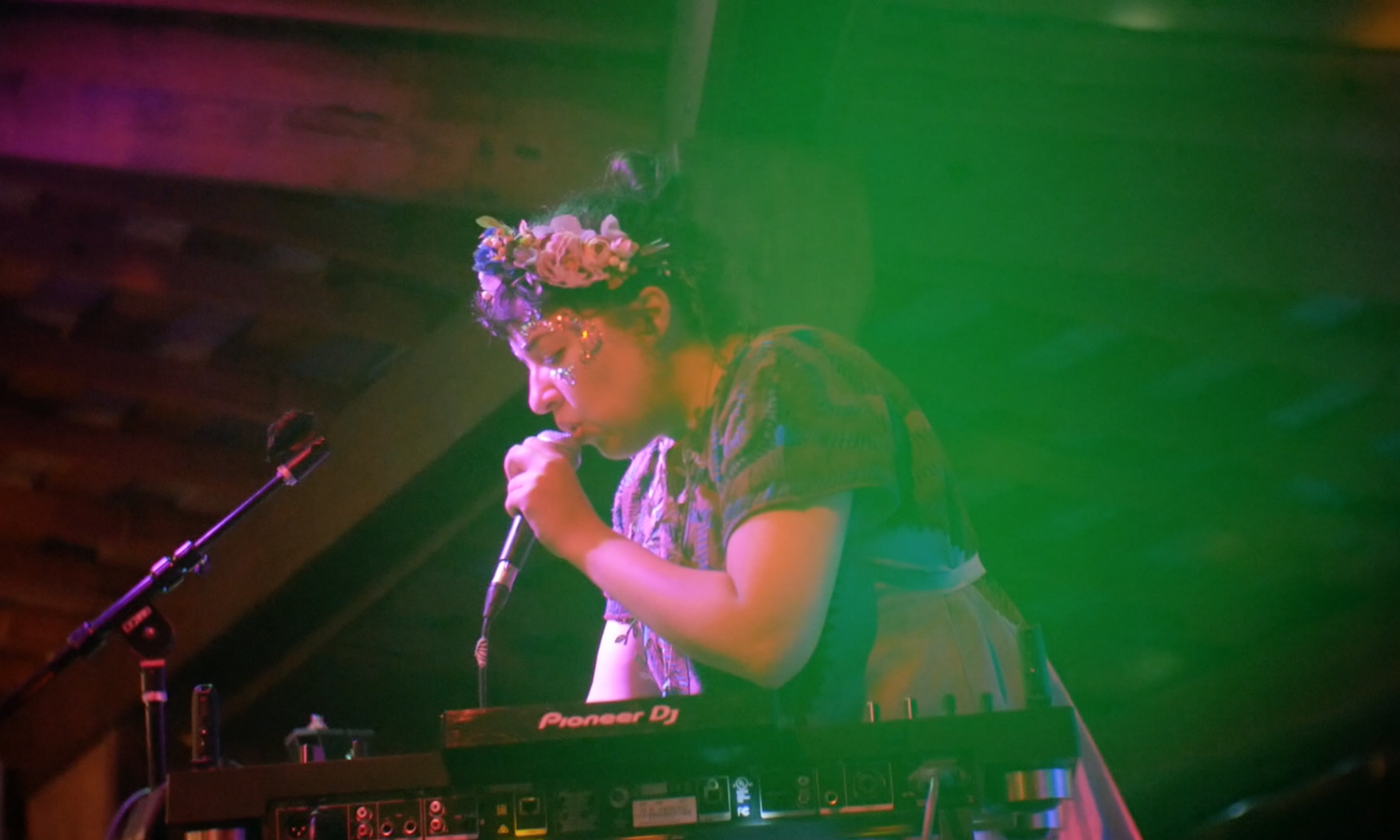 RADIO EVENT
Tune into radio station WUNC on Tuesday Jan 14th, 2020 to hear “The State of Things” program. Quilla will be playing live interstitial music between the segments, which is broadcast live from The Triad Stage in Greensboro. You can stream the radio show anywhere in the world via https://www.wunc.org/ and the show will be available for podcast soon after its airing.

The last segment of the program will discuss “Shifting Worlds: Displacement and Forced Migration in Modern Times” – a conference that takes place on Friday, Jan. 17, 2020 (9 a.m. to 5 p.m) at Guilford College. Quilla will also be performing from 4-5pm at that event.

CONFERENCE INFO
Join Guilford College, UNCG’s Center for New North Carolinians, and Elon University for a gathering that will bring together various grassroots, governmental, academic, activist, volunteer, and other organizations and individuals to address and respond to contemporary (im)migration and refugee issues with a particular focus on mental health. All are welcome to attend this unique opportunity to engage in dialogue on current resettlement trends, U.S. immigration policy and practices, community support, advocacy, and more. Registration and attendance are free, but advanced registration is required.