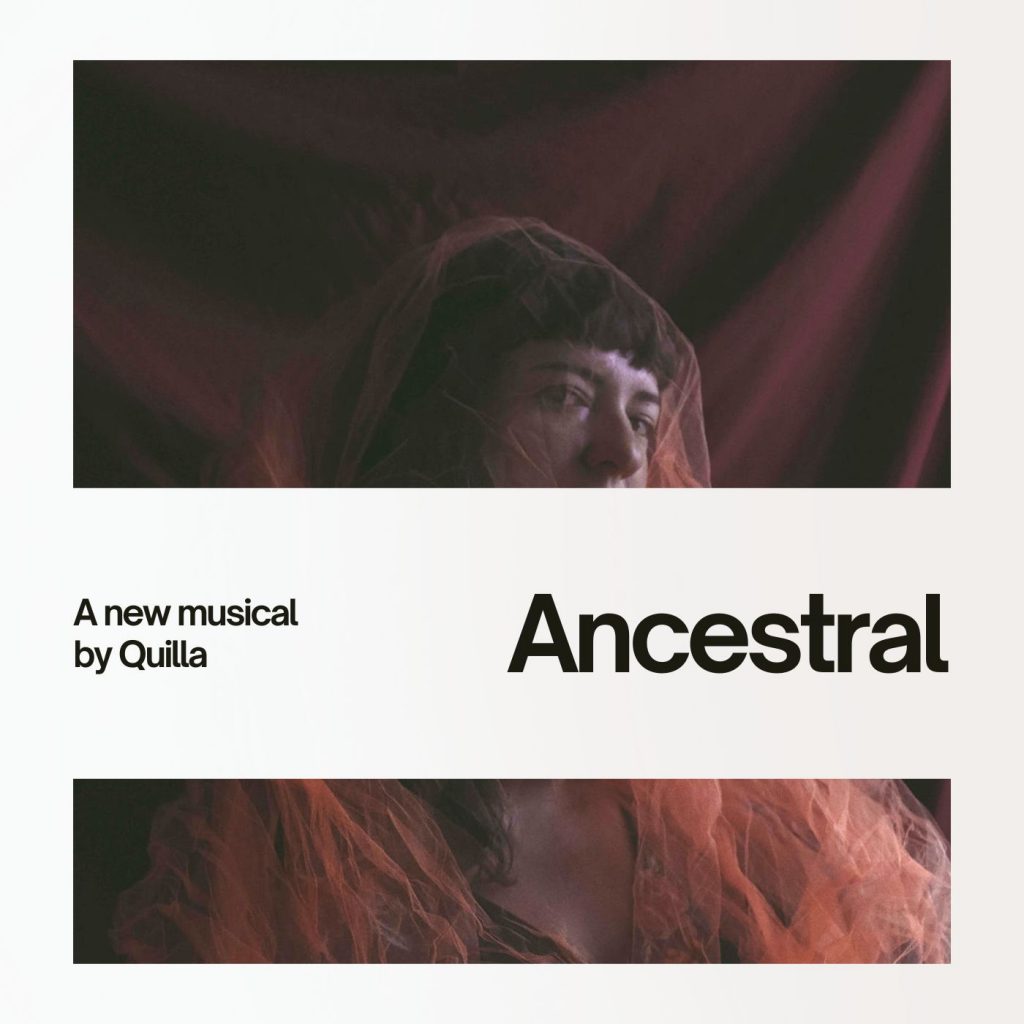 ANCESTRAL is an innovative musical composed and produced by Quilla (Anna Luisa Daigneault) and choreographed by LeDarius Parker. It is an intergenerational story told through compelling dialog and live dance sequences accompanied by a powerful electronic score. The narrative focuses on a group of characters who reside in modern-day Greensboro, NC. Each character encounters one of their ancestors during a dream, and undergoes a transformative process that leads to healing, personal reckoning as well as an appreciation for their lineage.

This project is being created with support from a 2022 grant from the North Carolina Arts Council and partnering arts councils. It will premiere in May 2023 at the Van Dyke Performance Space in the Greensboro Cultural Center. 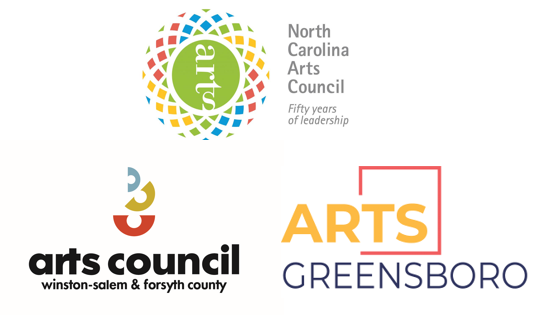 Quilla’s third studio album, The Handbook of Vivid Moments (Ritual Fire Records), beautifully weaves elements of her Latinx heritage with dancefloor beats. Uplifting and contemplative, the album explores themes such as climate change, transformation and women’s empowerment. The album is available on all platforms here: https://orcd.co/quilla_handbook 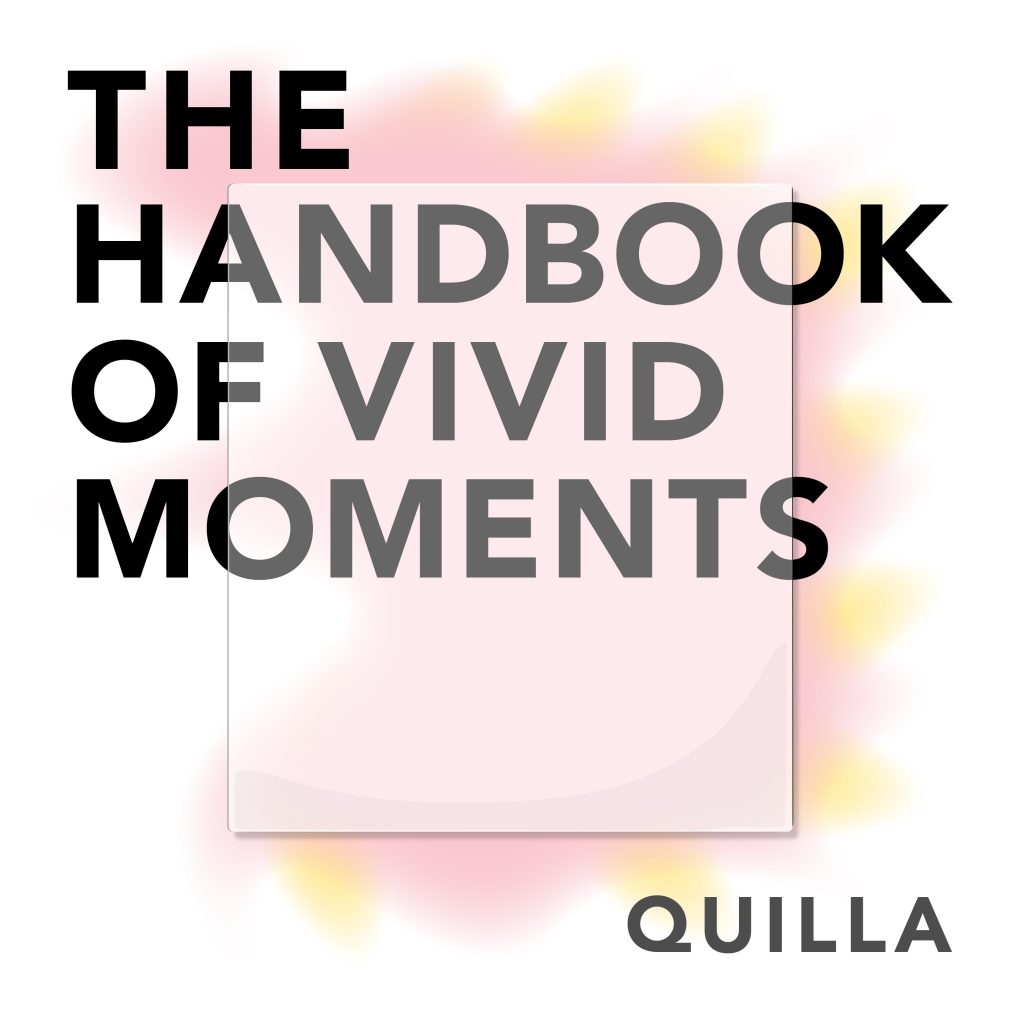 Buy | Stream here
Quilla’s album was written and produced in her home studio in Greensboro, North Carolina. It was created with support from the North Carolina Arts Council and the partnering arts councils of the Regional Artist Project Grant Program (2020). Their support is gratefully acknowledged. The printing of physical albums was also made possible by an Artist Support Grant from ArtsGreensboro and the NC Arts Council in 2021.

ALBUM REVIEWS
“Mixing elements of heritage and genre in tune with body and space, The Handbook of Vivid Moments, the third record from Greensboro electro-artist, Quilla— the artistic persona from Montreal-born Anna Luisa Daigneault— serves as a vessel for expression and empowerment in a time of dystopia, laid amongst dance floor beats.” – YES! Weekly

“The Greensboro musician and producer emphasizes biological cycles, family relationships and women’s liberation in her music. And those themes stand out… [in] her most recent album, The Handbook of Vivid Moments. While the album features multilingual lyrics and ranges from dancehall beats to ethereal soundscapes, the electro-vocal tracks remain extraordinarily accessible. The welcoming groove is a product of Quilla’s thorough checks on audio quality.” – The State of Things (WUNC) 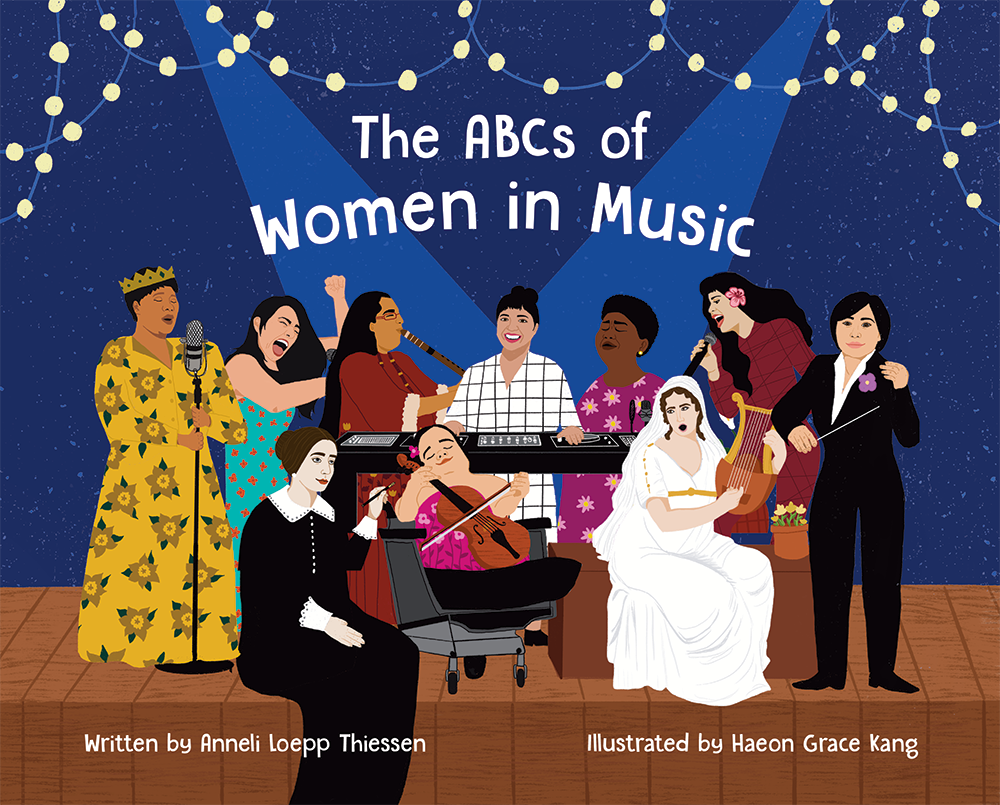 BOW THE REBEL QUEEN | Music video out now! Choreographed by LeDarius Parker and directed by Alexei Mejouev, this video was filmed in Greensboro in 2021 with Triad-based multimedia artists.

BIT ROSIE | Quilla was featured in an episode of a documentary series that explores the home studios and creative processes of women and gender non-conforming music producers around the globe. Bit Rosie is produced, directed and edited by multimedia artist Adele Fournet.

RAVENS AND THE WRENS | Out now! Quilla co-produced a dreamy electronic folk track written by one of her favorite songwriters and collaborators, Molly McGinn. Read more about this production.

Music video directed and produced by s/n (Jennida Chase & Hassan Pitts), in conjunction with the Media Studies Department at the University of North Carolina Greensboro. The track is available for streaming everywhere. Sagittarius was officially featured at multiple film festivals in in 2019 and 2020. See blog post for the full list of festivals.

Quilla — the moniker of Montreal-born Anna Luisa Daigneault— is an electronic music producer, vocalist, songwriter, and educator based in Greensboro, North Carolina. She is known for her piano riffs, hypnotizing beats, and vocal loop compositions, as well as for teaching music production workshops for women and femmes. She currently composes theme songs and scores for podcasts and films. She was a featured vocalist on hit dance tracks released by Universal, Revealed Recordings, Armada, Vicious, and Ministry of Sound.

BACKGROUND
Quilla’s first indie pop album Beautiful Hybrid (Ritual Fire Records, 2014) was met with critical acclaim and was featured on the iTunes US ‘Ahead of the Curve’ section. A series of limited-edition Beautiful Hybrid Remix Project vinyls were released by techno label Visionquest Music and garnered interest in the international dance music community. 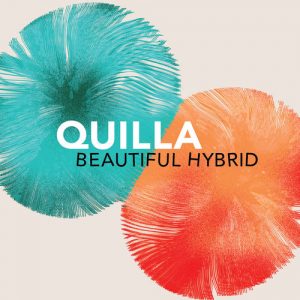 As a featured vocalist, Quilla has penned and released dance hits with over a dozen producers on the world’s top dance labels, including Revealed Recordings, Armada Music, Vicious Recordings, Ministry of Sound, Visionquest Music, Neon Records, and Musical Freedom.

Quilla wrote and performed the lyrics for “Close To Me” by Tiësto, Sultan + Ned Shepard which appeared on Tiësto’s hit album, A Town Called Paradise (Universal Music, 2014). The song was the follow-up to the international radio hit “Walls” by Sultan + Ned Shepard (feat. Quilla), which appeared on Tiësto’s compilation Club Life: Volume 2 (2012) and was later re-released by his label AFTR:HRS as “Walls (Deeper Shades Mix)” in 2017.

Other celebrated tracks written and sung by Quilla include “Universe” by Australian duo Feenixpawl, as well as “Secret” which became a classic track for Argentinian trance duo Heatbeat and appeared on their hugely successful album Global Monster. The song was regularly featured on Armin van Buuren’s radio show, A State of Trance. She also penned the lyrics for the dance anthem “Unless We Forget” by German duo Jewelz & Sparks, which rose to #4 on Beatport’s Progressive House Chart.

In 2016, Quilla shifted away from being an EDM vocalist and began producing electronic material that is influenced by house music, downtempo pop, folk and world music. She produced folktronica anthem “Wild and Kind” in collaboration with Americana artist Molly McGinn, and the duo toured cities in North Carolina promoting the track.

Quilla’s second electronic indie pop album “You Got It” was released in 2017 on her label, Ritual Fire Records, and received positive reviews. She became a mother that year, which shaped her creativity in new, visceral ways. In 2018, she produced Johanna Breed’s debut future-soul album, “Is It Too Late?” which was also released on Quilla’s label.

In 2020, Quilla released her third album, “The Handbook of Vivid Moments” with the support of two grants from the North Carolina Arts Council. She wrote the musical score for WUNC’s Embodied radio show and podcast, an award-winning series about sex, health and taboos. In 2021, she wrote the theme and score for WUNC’s Creep podcast, a fascinating and innovative show about invasive species and the environment. She is currently writing a musical that will premiere in May 2023. Quilla is also involved in writing the score for a docuseries about motherhood and the arts (“The Motherlode”).

Read more about Quilla on Wikipedia.

In this episode of WUNC’s CREEP podcast, Quilla discusses the creation of the podcast’s theme song. The composition is deconstructed in the style of the Song Exploder show, and many layers as well as the bioacoustic sounds embedded in the piece are examined.

Quilla composed the theme music for “Anywhere But Here GSO” – a new podcast hosted by longtime Greensboro residents Maria and Tom. She combined beats, synths and electronic textures to create an upbeat song that evokes the feeling you get when you are walking into a coffeeshop. Also, Quilla was a featured guest on Episode …

END_OF_DOCUMENT_TOKEN_TO_BE_REPLACED

Quilla was recently interviewed by University of North Carolina School of the Arts (UNCSA) music student Olivia Andersen as part of the school’s “Changemakers” series. Read the article here. The piece focuses on Quilla’s work as an advocate for women producers in the male-dominated music industry. Through her collaborations with women and workshops teaching women …

END_OF_DOCUMENT_TOKEN_TO_BE_REPLACED

With Peruvian and French Canadian roots, Quilla draws from many musical genres and vocal traditions to create multi-faceted works. Fresh and empowering, her music feels dreamlike while also being uplifting. Quilla is known for her poetic lyrics, vocal loop compositions and hypnotizing beats. She explores a palette of moods ranging from silly and absurdist to sacred and profound. Her latest projects include the use of bioacoustic sounds. Short nature-inspired loops made in collaboration with visual artists such as Hoot Alex and Liz Clayton-Fuller and can be found on her Instagram page.